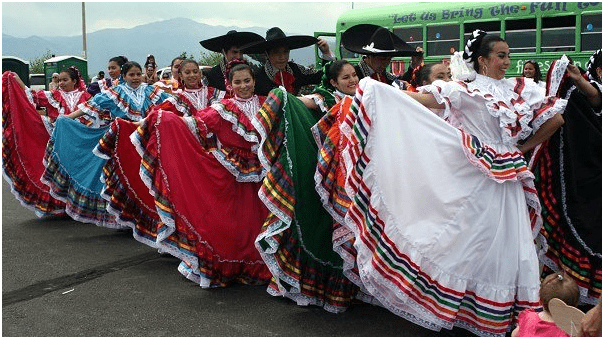 Dancing is one of the most beautiful forms of artistic expression that human beings have created. In fact, it can be said that dancing is a natural impulse, and professional dancing is the channeling of this impulse into something expressive, performative, and entertaining. Throughout history, different cultures developed different dance styles that became their cultural trademarks. Europe, like any other part of the world, has its unique dances that are immediately recognized as being part of a certain country or tradition.

Spain is seen as the land of passion and the many dance styles coming from Spain only serves as a proof for that. One of the most passionate dances is Fandango. It is a dance in triple meter, accompanied by the sound of the Spanish guitar, the tapping beats, and the clapping of hands. The origins of this dance are debated but are traced to the 18th century. By the late 18th century, the dance had spread to Portugal and other parts of Europe. There’s also Flamenco, a dance that comes from southern Spain. Everyone will immediately recognize the red, floaty dress worn by a Flamenco dancer and the mid-clap hand’s position. This is a  highly technical dance, characterized by theatrical, emotional movements. It has become popular all around the world, but especially in Japan, where there are more flamenco academies than in Spain.

Ireland has a long and unique history of traditional dancing. This style of dancing, which has Celtic roots,  is mainly characterized by rapid footwork and keeping the upper body rigidly straight. There are different styles of Irish dancing that require various types of Irish dance shoes. The highly technical dance movements and the mesmerizing rhythm patterns of the Irish dance have become popular all around the world thanks to the show Riverdance. Thanks to Riverdance, several dance companies exploring this unique style of dancing were founded around the world.

Tarantella is a popular dance of Neapolitan origin that is characterized by a fast, upbeat tempo. The name comes from the Italian city of Taranto, although there are specific names depending on the region. Researchers suggest that this dance was part of Bacchanalian rites and it was performed underground. Nowadays, it is considered a dance of gallantry between couples, performed in an increasing tempo, and accompanied by castanets and tambourines.

Eastern Europe also has very interesting and unique dancing traditions. One of the most well-known is the Hopak dance of Ukraine. This dance has no fixed steps or patterns. As the origin of the word suggests (“Hopak” means “jumper” in Ukrainian), the dance is characterized by lively hops, jumps, leaps squatting kicks, and turns. Many composers, including Pyotr Ilyich Tchaikovsky, have used hopaks in concert music.

One of the most popular dances in Germany is the Schwertertanz, a dance of ancient origin. However, Germany is better known for polka, which is especially popular around Oktoberfest. This upbeat dance, usually performed to the rhythm of oom-pah music in Germany, originated in the mid-19th century in Bohemia. It is also largely performed in Czechoslovakia and Poland. Polka means “half-step” in Bohemian and the reason why it’s called so is that the dancer constantly shifts from one foot to the other. It’s a fun and energetic dance that people in Central Europe love.