Is the Villa sale imminent? 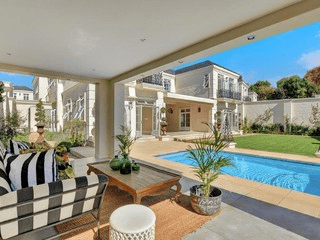 Following a torrential season, relegated Midlands club Aston Villa may well be changing hands in a proposed £60 million deal with a Chinese businessman. The current owner, American Randy Lerner, has owned the club for ten years after buying them for around the same price. The current offer is the closest the club has come to new ownership since being put up for sale in 2014.

The club must also search for a new manager following the departure of Frenchman Rémi Garde, who is said to have left the club through a mutual termination of his contract. In the frame for the job are ex-Leicester boss Nigel Pearson and Roberto di Matteo, who won the Champions League during his short tenure at London club Chelsea. Both managers have an understanding of the Championship experience for which Villa must now prepare.

On one hand, with the current offer standing at £60 million – has not increased from the previous purchase – many say the sum appears minuscule for a club of Villa’s history. This is especially true when considering that, as the BBC reported, a single player such as Cristiano Ronaldo can cost more than 25 percent more than that sum – even if he is considered to be amongst the greatest of all time.

However, the club has reached its lowest point and the valuation reflects that. As the BBC also pointed out, this is the first time in Aston Villa’s history that they have been relegated from the Premier League.

It became apparent in the early stages of the season that no amount of soccer drills training or tactical knowledge would save the club from inevitable relegation as the squad was simply not good enough to compete. Perhaps they would have had more success if they had developed the training structure they lacked all season, the likes of which are available.

Although current owner Lerner wants to move on from Aston Villa, he has admitted that not only does he accept responsibility for the club’s downfall, but also that he is very conscious of making sure the next owner has the club’s best interests at heart as they will have to invest heavily in the club to ensure it can gain its stature.