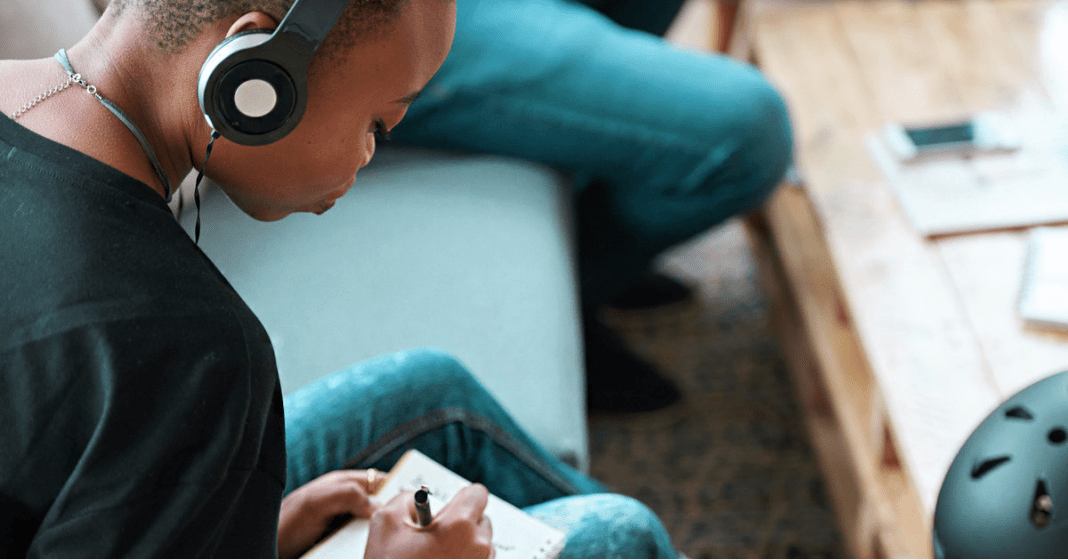 Did you know that listening to music can boost your mood? It has been proven that music has many benefits to our well-being. It improves your concentration, increases Dopamine levels, and has a decreasing effect on cortisol. So, if you’re unsure why listening to music can make you happier, keep reading to know more.

According to a recent study, listening to music can increase the brain’s ability to concentrate and focus. Piece with a beat rate of 50 to 80 beats per minute has increased creativity and learning. Listening to this type of music puts the brain in the alpha state, which boosts cognitive processes. Additionally, categorizing music per genre, playlist, and platform preferences with the Spotify ad manager is particularly effective for business owners to reach an audience with shared interests. This will help the audience focus on their tasks without disrupting their rhythm too.

Listening to music increases dopamine levels, an important chemical influencing our mood and behavior. Music stimulates the same areas of the brain that cause pleasure as drugs and sex and can even recruit dopaminergic circuits. The result can change arousal and emotional intensity, resulting in pleasurable feelings. The researchers say this could explain music’s universal importance across human societies.

The scientists tested this connection by studying the response of a group of people to different types of music. They found that listening to their favorite song increased dopamine levels in two brain regions, the dorsal and ventral striatum. The researchers then estimated how much dopamine is released by the music. The results showed that listening to music is a highly effective way to boost our mood and increase our dopamine levels.

It has long been known that listening to music reduces cortisol levels in patients undergoing various medical procedures, and this effect is particularly apparent before and during surgery. According to the researchers, reducing cortisol levels in people after listening to music reduces the risk of heart disease, diabetes, and impotence. Although cortisol has beneficial effects when it is present in small amounts, it has also been linked to a greater risk of heart disease, diabetes, and impotence. Therefore, bringing these levels down regularly is vital for our health. Listening to music is one way to accomplish this.

Research shows that listening to relaxing music reduces the perception of pain in patients. Some studies suggest that music can even prevent patients from developing dangerous addictions. But how does this affect the person suffering from physical pain? Despite the controversy surrounding this topic, music is a highly effective tool to combat physical discomfort. Studies show that even newborns respond positively to soothing melodies. In addition, music can be used in everyday life to alleviate stress and anxiety.

One study found that a smartphone-based music intervention significantly decreased pain and anxiety. The effects were more significant among participants with higher catastrophizing scores. Further randomized controlled studies are needed to determine the specific impact of different types of music. Nevertheless, the findings suggest that careful assessment of baseline characteristics may help identify those who most benefit from music interventions. But for now, we can conclude that music reduces pain by assisting individuals to experience less physical discomfort and sleep better.

It’s well documented that listening to music can positively impact our mood. Researchers conducted studies on the effects of music on mood in which participants were exposed to two different types of music. In one of the studies, participants listened to songs that had uplifting or emotional messages, while another group listened to negative lyrics about suicide. Participants reported a positive mood shift, although the effects varied across the two types of music.

Before you start, you must understand the processes of getting an...
Entertainment

Did you know that listening to music can boost your mood?...
Business

Do you want to know if there are different types of...
Travel

Want to go camping in Iceland? There are free campsites all...

There are many joys to owning a boat. You can travel the world, entertain or even live on a boat. Buying one needs careful consideration to get one suitable for your needs. Here are three things you need to consider when purchasing your first boat. Use of The...

Files, photos, spreadsheets, emails, and social media posts all contain unstructured data. It does not have a set format. As a result, moving such data into a target system becomes difficult. Moving your unstructured data to a data lake via ELT (Extract, Load, and Transform) processes is...

4 Ways to Ensure a Long Life for My Fishing Gear

Fishing is an excellent way of spending time with friends. It allows you to escape the city's chaos as it calms your body. You must purchase the proper gear if you are a beginner, including fishing rods, tackles, reels, and other accessories. Applying the listed maintenance tips,...

Before choosing the perfect wedding band for you and your partner, consider a few tips. First, remember the lifestyle and the daily activities you both engage in. For example, if you both work with your hands or exercise, you might want to choose a simple wedding band...

There are several methods for calculating the sample size in scientific studies. For example, one way involves distributing a survey to a population sample. A sample is a subset of the total population, so the sample must accurately reflect the whole. The population size refers to the...

How technology helps in communication

Technology has become a part of our lives. We get updates from friends via social media, share photos & movies through apps, watch videos on smartphones and enjoy music streamed over the Internet. Technology provides us with amazing opportunities to connect with other people around the globe....